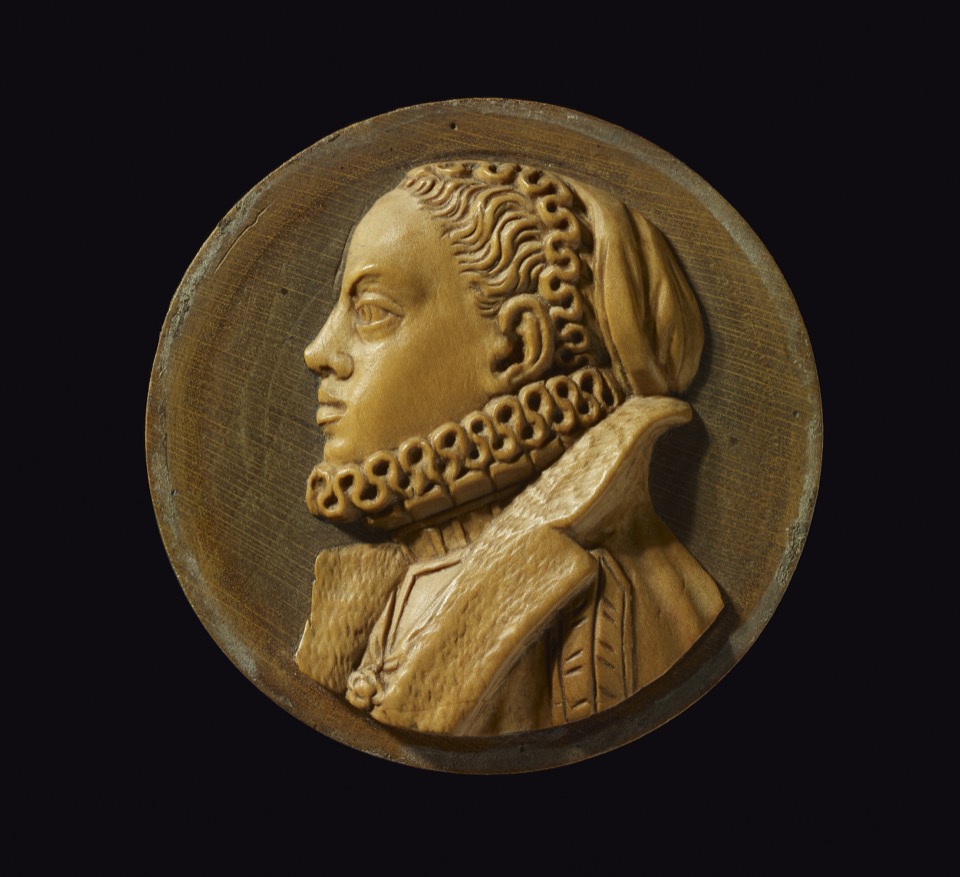 A copy of one side of Antonio Abondio’s medal of 1575 which shows Maria of Austria and her husband, Maximilian II.

This object was previously owned by Vienna Museum, collected by Anselm von Rothschild and bequeathed to the British Museum by Ferdinand Anselm Rothschild.

Provenance: Probably Baron Anselm von Rothschild, Vienna, by 1866 (probably cat no. 55). Appeared in the 1860 sale of the Vienna Museum, lot 1057 (where it is wrongly described as 'Margaret, daughter of the Emperor, Ferdinand I').

Commentary: This model appears to be after the reverse of the 1575 medal of Maria of Austria and Maximilian II by Antonio Abondio (see Attwood, 'Italian medals c. 1530-1600 in British public collections', 2003, cat. no. 1132a and 1134). The boxwood model and the examples in Attwood 2003 are very similar but differ slightly in details - he suggests that, as Antonio Abondio's models would have been in wax, this is presumably a German or Austrian artist (who did make wooden models) copying his medal. Another example of the Abondio medal can be seen in the Met Museum (accession no. 1989.12.3).