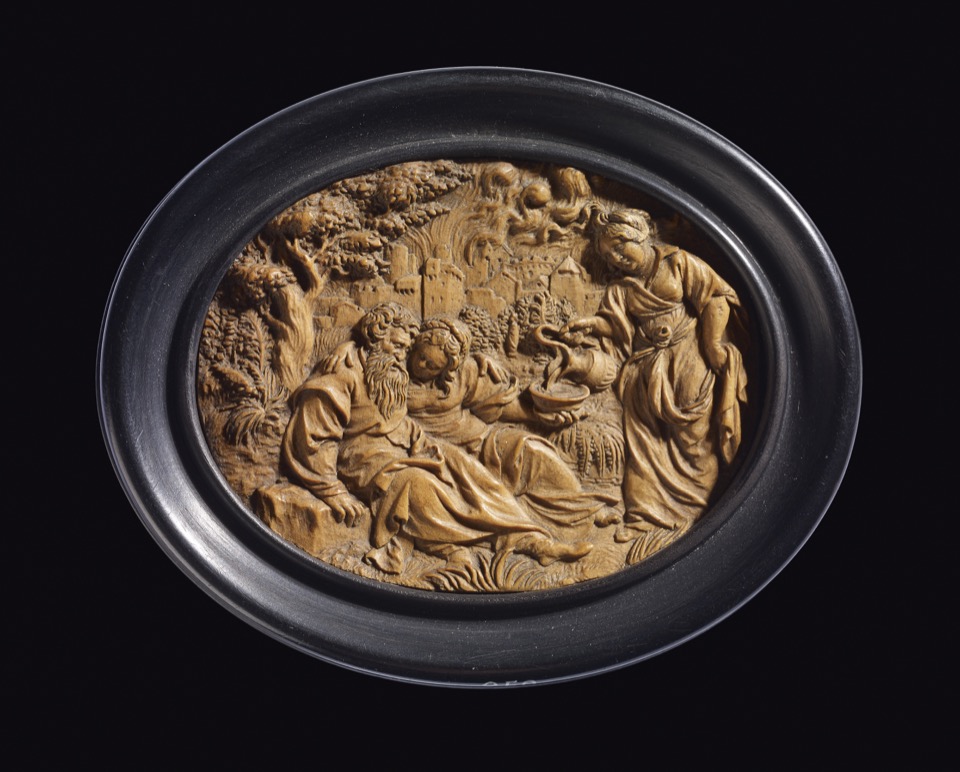 Lot and his daughters

In the biblical Book of Genesis God destroyed the wicked cities of Sodom and Gomorrah. Lot’s wife was killed during his family’s escape. Lot’s daughters thought he was the only man to survive. They seduced him by making him drunk and committed incest with him in an effort to perpetuate the human race. Flötner shows one daughter pouring wine into a cup for her drunken father while cities burn in the background.

Oval medallion; boxwood; Lot and his daughters; Lot seated on ground while one daughter pours wine into cup held by other; burning cities in background.