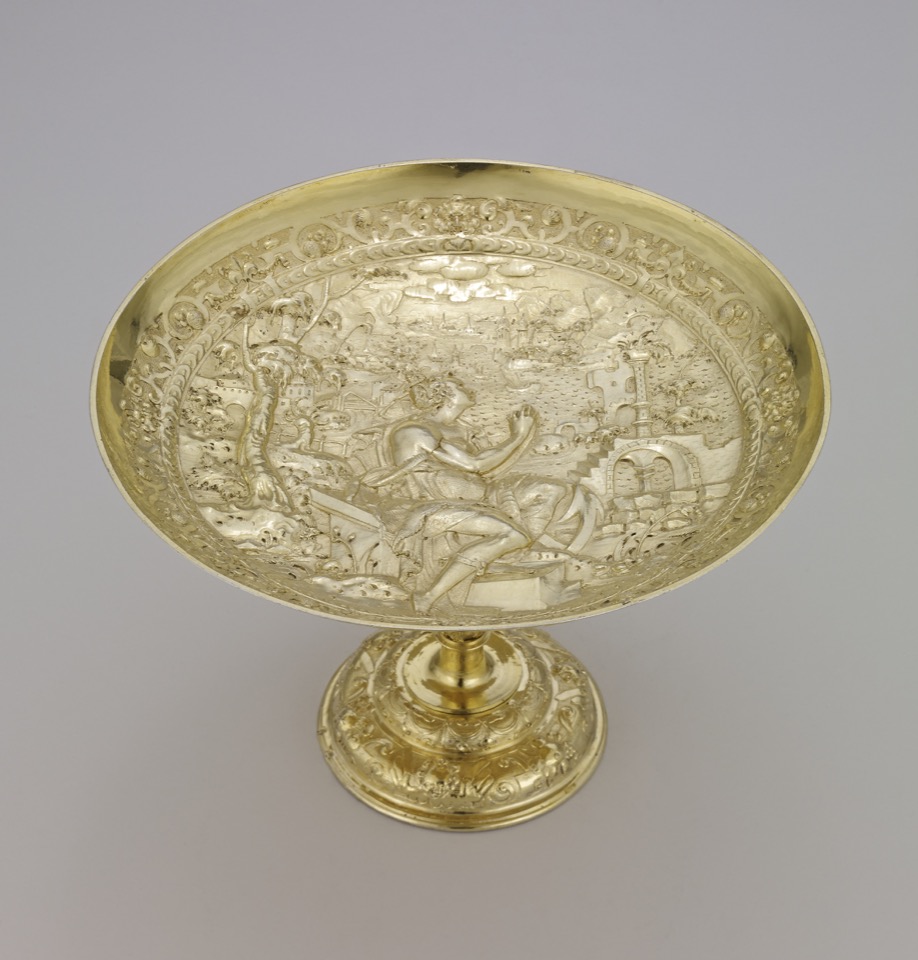 Commentary of this tazza: The lack of contrapposto in the figure is exceptional within this Waddesdon Bequest set, and may indicate that this tazza was one of the first of the eleven that Paul Hübner executed in this series. Although the source of the figure of Hope on this tazza has not been traced (see Weber 1970, p. 346; Seling 1980, p. 255, fig. 216), the similarities to several woodcuts by Jost Amman suggest that it may be based on an early work by this artist. It is interesting to compare it with the standing female figure of Hope on the 1594 Kornelius Erb tazza (in the Palazzo Pitti), the design of which is based on the roundel in the Print Room of the Albertina in Vienna (Weber 1970, pp. 352 ff., figs 29 and 31), and to observe that, despite the many profound differences, the figure is depicted with her hands joined together in a very similar gesture. Furthermore, there is a calm serenity pervading the scene on both tazze.