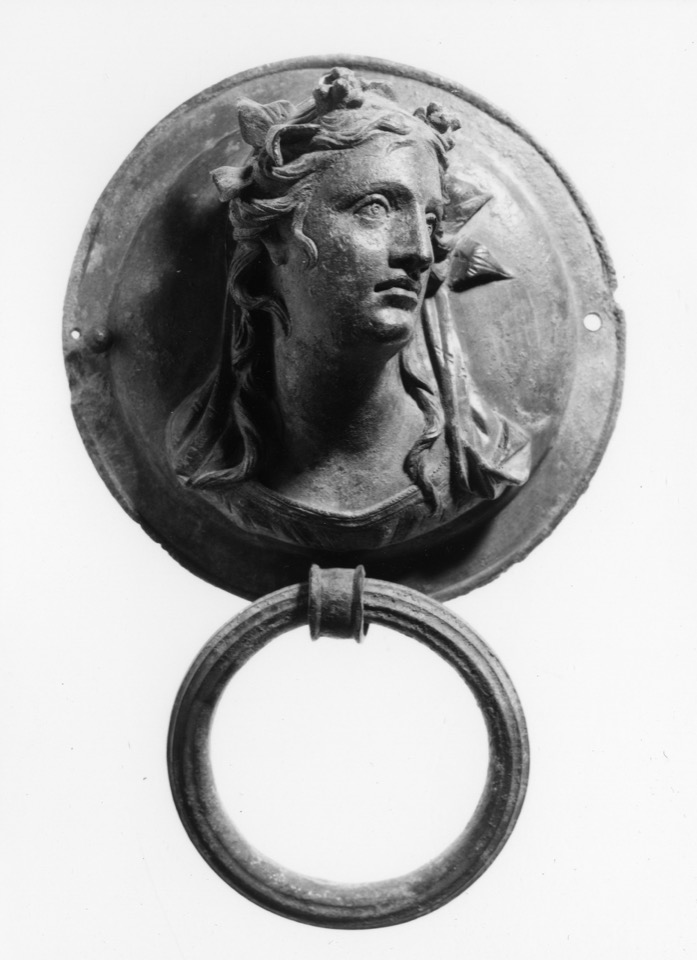 Bronze circular medallion; head of Ariadne in high relief, cast and chased with pendant ribbed ring below for use as handle; head turned to right with scarf over back of head, garland of ivy leaves and buds over forehead, hair in wavy tresses down the neck.