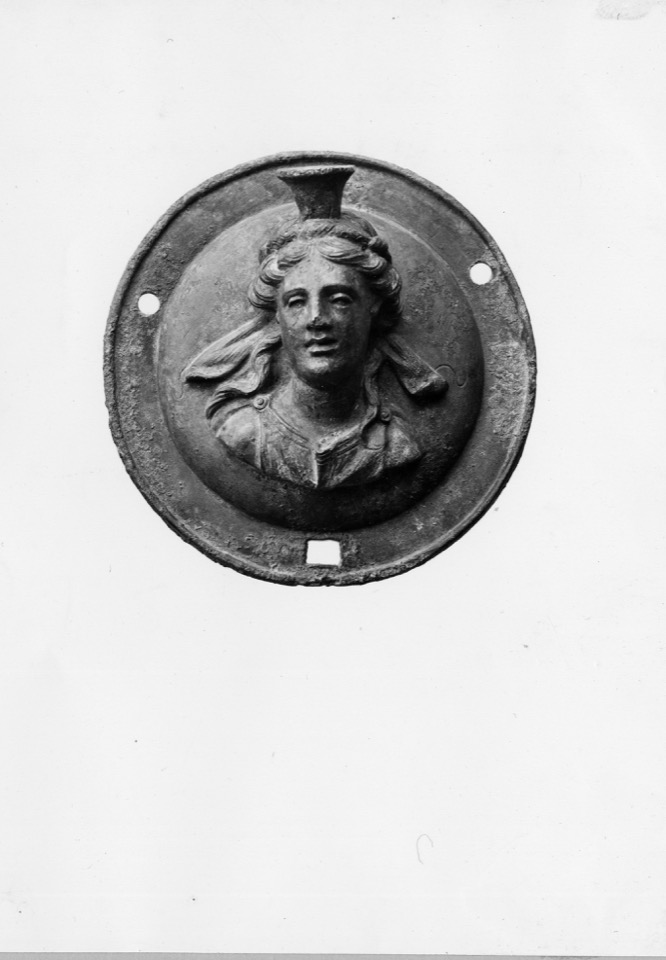 Bronze circular medallion; head of Persephone in high relief, cast and chased with hole for missing pendant ribbed ring below for use as handle; head with long tress on each shoulder; on the head a wreath and lotus flower head-dress.