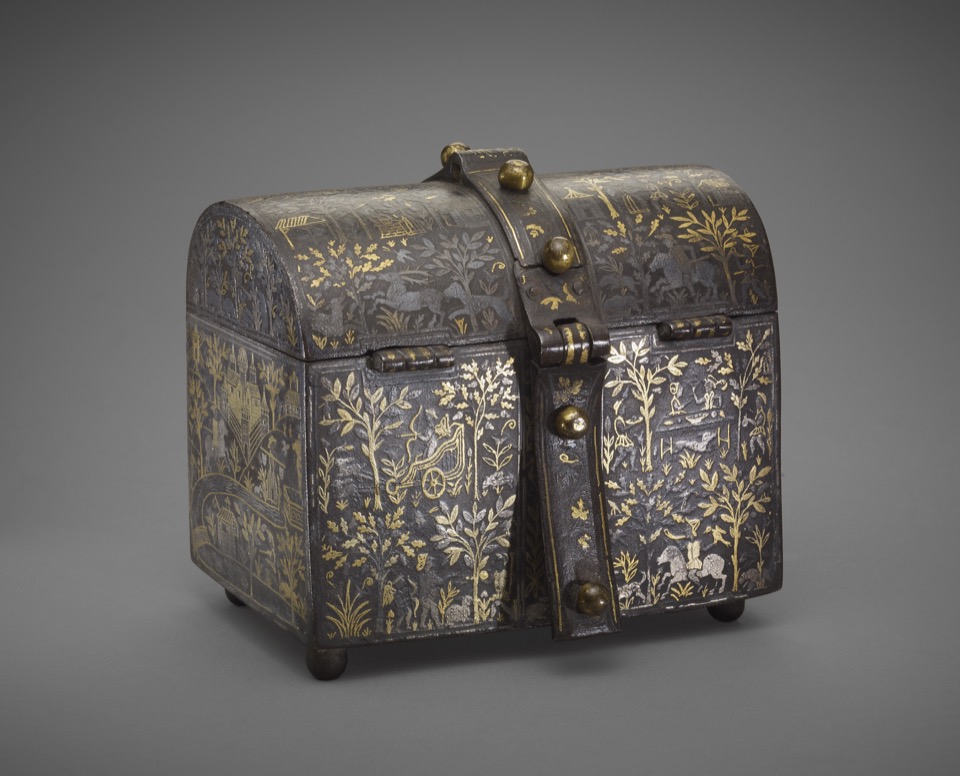 Decorated with delicate hunting scenes in a landscape. The casket was possibly made by the armourer Diego de Caias. In the 1540s he worked for Henry VIII in England. A hunting knife he made for the king is in the Royal Collection. It was referred to in Henry VIII’s inventory as a woodknife ‘of Dego his makinge'.

Iron or steel casket with rounded top; damascened in gold and silver with scenes of hunting and conviviality, Diana and Actaeon, Orpheus charming the beasts etc.; broad band passes over the middle, one end of it forms the hasp concealing the keyhole.

Commentary: Blair 1970 attributes this casket to Diego and compares it to one in the Poldi Pezzoli Milan. (information kindly provided by Daniel Packer). There is a woodknife by Diego de Caias which belonged to Henry VIII of England in the Royal Collection at Windsor, inv. no. 61316 (see Blair 1970 figs. 30-31) which also compares well to this casket. For another similar example see Burlington Fine Arts Club Exhibition of Steel & Ironwork, London 1900, pl. XXIV.